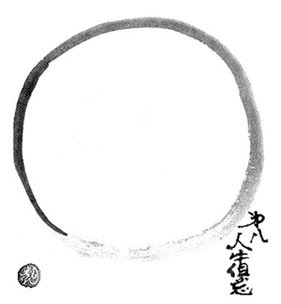 Many great things are borne out of frustration. Frustration is the root of existence, why even Guatama Buddha realized this, pointing out that it is the intrinsic nature of existence. Frustration here is the best way to understand “suffering” which is the term he uses but, because the original term was from the Sanskrit, (Dukkha) or “suffering,” as we understand it, it is too simple an understanding. Upon realizing this, the Buddha didn’t just put on his pjs, slide under his bed covers and turn the light off for the rest of life, no, he offered something in terms of a solution. You could say he was a solution-oriented person rather than a problem-oriented person.

His next “truth” was his explanation why this frustration occurs. This was the fact that we all “crave” or “desire.” We want; things, persons, status and successes, in short, happiness, hell, maybe we even just want to survive, but because life is in a constant state of change we actually cannot have anything including our own life. We can “have” it but it is only temporary and as sure as I will have a shit in the next two hours we will eventually lose everything. This attempt to hold on to everything, which is constantly changing, being born…then dying, is the primary reason for our existential frustration. The more we try to solidify, keep, hold on to, our experience of life the more we feel we are watching our life going by our very eyes and the reason that we feel like that is because it is. In Buddhist cosmology, this “clinging” to life produces extensive suffering and keeps one being re-born into yet another existence to experience the same fucking bullshit over and over again until one finds liberation, emancipation or “salvation.”

The third “truth” of the Buddha is that there is liberation and this consists in our ability to extinguish our “craving” for a permanent self. Upon reflection anyone can see, that the neuro-physiology of the human body is changing constantly, day to day, minute to minute, nanosecond to nanosecond at a molecular level. But how then do we eliminate our desire to live? Doesn’t this seem contradictory? Illogical? Insane? Suicidal? Not really because one has to really want to live before he can extinguish that “desire.” According to Buddhism, Nirvana, is the a state of being in which one can live fully yet with a sense of detachment to one’s life, not a cold stoicism, but with a deep and full bodied-minded awareness that everything goes away. So, to the Buddha, achieving this higher state of being or existence is the duty or mission of a Bodhisattva or monk. This state of being is inherent in all living beings and humans are the ones that are the most capable of realizing it right now, right here in order to “pay it forward” to other people in pain. Some Christian theologians have associated this state of being to the mystical experience of God (Tillich, Eckhart) but as original Theravada and Zen Buddhism do not posit any deities, are a-theistic, they would prefer the explain this as the experience of “Sunyata” or Ultimate Emptiness. Why even Victor Frankl said that we have to “burn in order to give light.”

This brings us to the fourth “truth” as the Buddha sees it; the way to our liberation or “Buddha nature.” This is known as the “middle path.” It is a life that avoids the extremes of hedonism as well as asceticism. It consists of eight ethics of living:

This is a path that essentially has to do with the ultimate health of the person. But it is a path of discipline and requires an extension of oneself that is often hard to muster up considering the stubborn narcissism and vanity of the weak human. It is much easier to sit and stew over the “frustration” of life than to attempt to move oneself to transcend it – but if one is to reflect on the impermanence of one’s own self, one’s own life, the experience of existence seems different – more vivid, more immediate.

Throughout the life of the Buddha, all his teachings deal in some respect with the eight-fold or “middle” path (Rahula, 1959, p.45). Dogen Kigen, who was a Zen master in the 1200’s said: “The Dharma (ultimate truth) is amply present in every person, but unless one practices, it is not manifested; unless there is realization, it is not attained.” He is pointing out here, simply, that Nirvana or self-transcendence is not a “place” but a way of being. It is something that is already present in everyone and it is through constant training, constant effort, that a Bodhisattva*, manifests this experience to others. Paradoxically, you ask, “am I not then desiring the end of desire?” Yes that is it. But the heart of Buddhism is the cultivation of the “true self” while living in the “transitory self. That is to say, one transcends oneself by living yourself to the fullest, to the deepest…and it requires that one understands this paradox. Why “through giving one shall receive,” …now who said that again? Another paradox…hell, it seems like we “live to survive them” (Downie-Hip, Henhouse, 1996).

*Please note: I am not a publicly stated Buddhist but have found great interest and insight into my own life through the philosophy of Buddhism. It is a profound school of thought and action that originated approx. 500 years before the life of Jesus, whom of which, we can see many associations, one example is the “parable of the mustard seed.” This is one particular parable that seems to sum up the very idea of the Buddha-nature or “enlightened” nature. Buddhism seems to have as many interpretations as there have been followers. Like Christianity, Buddhism has been twisted and manipulated by political regimes throughout history to justify slaughter. Even Zen monasteries have literally warred to macabre death over rights-based issues. People themselves are the ones who decide how they are going to relate to any institutionalization of their religion and it seems like we have been profound failures at doing this properly. What good is knowledge if it is not put into practice?