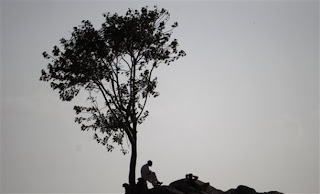 I look for meaning,
past decrepit buildings,
and dirty streets,
past faded friendships,
and twisted sheets,
but now I stand looking,
upon the old tree,
slowly dying,
years piled high,
still tall and free, 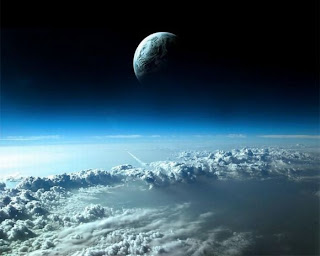 feels like a prison,
some overcast days,
cell to cell to cell,
lunch break and a short workout in the yard,
keep my defenses up,
no eye contact,
home is where I lock the bars closed again,
I cut the dreary, drizzling silence,
with beats from the Shaolin slums,
shatter the illusion of ego,
scatter the pieces across a grid,
each a small painting,
in-itself,
for-itself,
only left disoriented,
and unhinged,
if you don't step back,
to see the reality,
of the coherency,
of the picture. 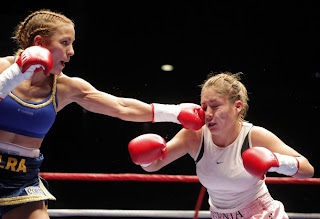 hold fast
no escape
no questions
no answers

glory comes
only to
the outlaster 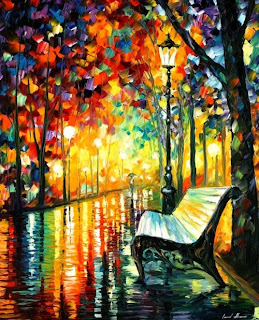 you were deep before you knew it,
many exits away from some kind of Satori,
but growing younger by the day,
I met you at the end of a Chet Baker trill,
soon you shot me with Miles Davis staccato,
I patched myself up with Bill Evans' hurt,
and woke up to know,
the soul is made perfect through failing,
like a pristine moment of letting go,
with the heart leading and fear trailing,
like lying awake by the window,
listening to rain ringing off a rusty railing.
Posted by Human Paradox at 10:57 PM 2 comments:

for those still in line 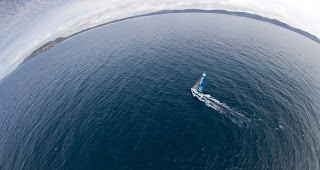 love is effort is authenticity 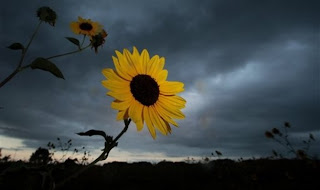 adrift in a world of ideological innuendoes,
pompous undergraduates and graduates,
father-hating feminist loudmouths,
indecisive co-dependent men-children,
beg the pathetic alternative of,
rednecks in pressed shirts, slacks and bluetooths,
greedily sopping up the lard-enriched gravy of mass cognitive failure and mis-education,
each camp guilty of rationalizing the abuse,
they inflict on themselves,
people giving credence to flagrant bullshit,
passing off textbook views like some kind of personal truth,
rather some kind of fervent assholery,
crusade-like in their primitive literalism of an ancient patchwork of writings,
stamped "holy relic" by the Corporation of Christianity,
exercising it's Constantine-like lust for power,
the demon vigor of epistemological evangelism,
herding more imbeciles day by day,
village bible-college idiots stammer and giggle behind sweat covered pulpits,
built with stacks of money from the lonely, hurting and poor,
reiterating falsity like some kind of meaningful experience,
proselytizing obvious misinterpretation like some kind of existential awakening,
like the mouth-breathing empty gaze of modernity,
like pretentious sycophants piping weak, sloppy music through their pretentious headphones,
blind to the morbid sickness of chronic delusion,
each word from their mouths,
a greater untruth than the one before,
misspeak, blissful ignorance,
fucking fools,
lifting their shaky hand to their heart,
tears streaming down,
mouths quivering,
hypnotized like fat lambs,
by the carnal throbbing of mutual belonging found in collective delusion and apathy,

and watch the steady atrophy,
the slow fading,
and irregular breathing
of this sick circus,
as it winds down like a nation of failed and exhausted rusty robots,
abandoned to sewage covered metal fields,
left only to corrode in the resolute downpour of civilization's fecal rain.